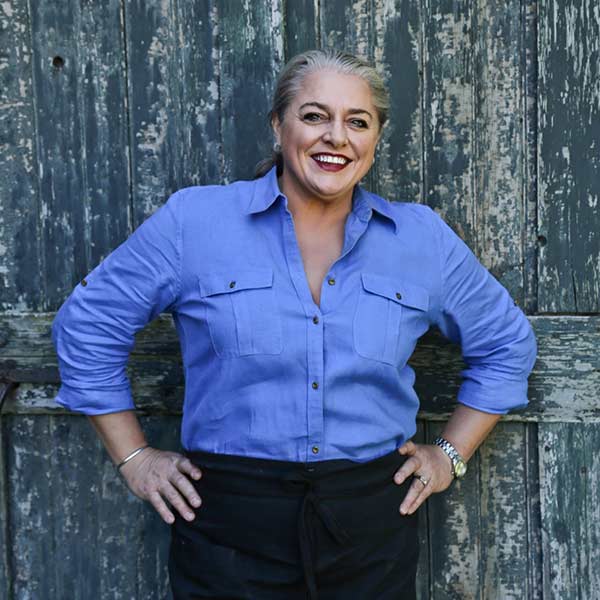 Georgia-born French-trained Chef Virginia Willis has made chocolate chip cookies with Dwayne “The Rock” Johnson, foraged for berries in the Alaskan wilderness, harvested capers in the shadow of a smoldering volcano in Sicily, and hunted for truffles in France. She was the celebrity chef at the Mansion at Churchill Downs for the 143rd running of the Kentucky Derby, has spoken at SXSW, and beguiled celebrities such as Bill Clinton, Morgan Freeman, and Aretha Franklin with her cooking — but it all started in her grandmother’s country kitchen.

Virginia has appeared on CBS Sunday Morning, Bravo, Headline News, Food Network’s Chopped, Fox Family and Friends, Martha Stewart Living, “In the Kitchen with David” on QVC, CNN International, and as a judge on Throw Down with Bobby Flay. As a nationally recognized food and entertaining authority she has been featured in the New York Times, the Washington Post, the Wall Street Journal, People Magazine, and USA Today as well as Serious Eats, FoodNetwork.com, and Tasting Table.

She is author of Southern Kitchen’s popular column “Cooking with Virginia”. The Chicago Tribune praised her as one of “Seven Food Writers You Need to Know.” Her eponymous food blog, tagged as a favorite blog by Saveur magazine, receives rave reviews for her recipes and stories celebrating her culinary adventures. Her articles have appeared nationally including Food52, CNN, All Recipes, Country Living, Southern Living, Eating Well, Family Fun, and Fine Cooking.

She is a member of The James Beard Foundation, Chef’s Collaborative, Georgia Organics, Southern Foodways Alliance, and Women Chefs and Restaurateurs. She participates in Chef’s Move to Schools and is a member of the No Kid Hungry Atlanta Society. Virginia is on the Monterey Bay Aquarium’s Seafood Watch Blue Ribbon Task Force, the Atlanta Community Food Bank Advisory Board, as well as the Community Farmers Market Advisory Board.