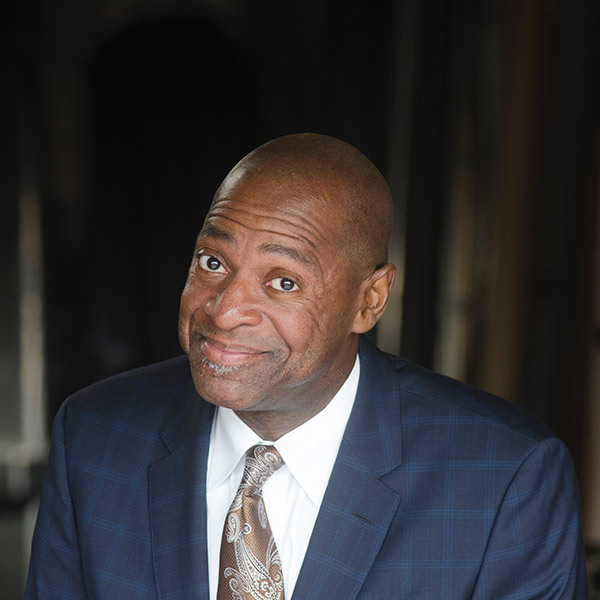 Sam Adams always has a story to tell.

Some of his stories are born from three decades of time spent as an award-winning sports journalist. Most are humor-filled observations from his daily life encounters. Many are told from the stage when he performs his prize-winning style of comedy that is 100-percent profanity-free. He’s been called a Renaissance Man, which is a befitting label.

Sam Adams is a headline performer and featured speaker at corporate events across the United States. He has shared stages with an eclectic list of national-touring comedians and music recording artists. In addition to his careers in journalism and entertainment he is a motivational public speaker and a television commercial actor.

In 2009 Sam entered the Great American Comedy Festival, held annually in Johnny Carson’s childhood hometown of Norfolk, Nebraska. He left the festival as its most unique winner still to this day. Entered initially as a contestant in the amateur division, Sam won that competition, then was asked by festival officials to compete with the professionals after one of the entrants fell ill. Competing as the lone amateur in a field of 23 other polished professional comedians — many of them with national late-night television talk show appearances and cable TV specials already on their resumes — Sam was awarded second place. It was an impetus for him to pursue a professional career in stand-up comedy.

As a motivational speaker, Sam’s keynote presentation is titled ‘Going Up: Taking Steps To Elevate Your Levels Of Success.’ The keynote offers intriguing references for achieving success taken from his personal and professional odysseys — with humorous stories and insightful tips gleaned from his numerous encounters with an A-List of stars ranging from professional sports Hall of Famers to world-renown award-winning entertainers.

In 2003 Sam received Print Journalist of the Year honors from his peers in Colorado, and in 2019 he was honored by the prestigious Denver Press Club with a Hall of Fame induction. He has over 20 years of experience as a sports journalist for major daily newspapers in the U.S., and has been featured as a sports commentator on NFL Network, Fox Sports Net Rocky Mountain and Denver’s CBS and NBC affiliates. He has covered championship sporting events at all levels — most notable four Super Bowls and two Olympiads.

Sam also has authored one book. ‘If You Don’t Believe Me: Lessons Learned from Listening To The Greats’ was released in April, 2013. Pro Football Hall of Fame quarterback John Elway offered the following tribute to Sam … “Through the ups and downs of an NFL career, I developed great trust, respect and appreciation for him. Blending an uncanny ability to mix humor with keen insight and knowledge, Sam is a one-of-a-kind storyteller.”